The Museum dedicated to the IMI was inaugurated on May 8, 2018. It was designed by the ANRP following the recommendations of the Italian-German History Commission. This was established in 2008 by the governments of the two countries, in order to pursue a common policy between Italy and Germany, in particular to remember the victims of National Socialism.
This Museum, built also thanks to the contribution of the German-Italian Fund for the future, has a similar ‘memory place’ in Berlin-Schöneweide. Unlike that of Berlin, however, where there was an actual shack in which the IMI were held, the exhibition space you are about to visit is a type of ‘non existent’ place, which is symbolically dedicated by the ANRP to the IMI to remember their particular destiny.
The structure that houses our Museum, with its characteristic “comb shaped” layout, evocative of the barracks of the camps, was built in 1751 by the architect Girolamo Theodoli, on pre-existing “military warehouses” of the Roman era, as testified by still incomplete archaeological excavations, in the the third region of Ancient Rome. After the unification of Italy, at the beginning of 1870, military presence in Rome was increased by a new series of military barracks and warehouses, with a large concentration right here in Via Labicana. The premises in which we are located were also used for this function. In 2014 they were especially assigned to the Association by the Ministry of Defence in order to build the Museum.
The architectural layout of the exhibition space, developed by the young architects of the ANRP Department of Monumental Heritage was inspired by recurring images of the survivors such as iron, biting cold, death, and the wood of the barracks, such an ineffective refuge from the elements . This, in turn, led to the idea behind the exhibition structures in each room and the “sculptures” which were made by assembling numerous black painted iron pipes. The OSB wooden furnishings which are attached to them hold finds and documents. 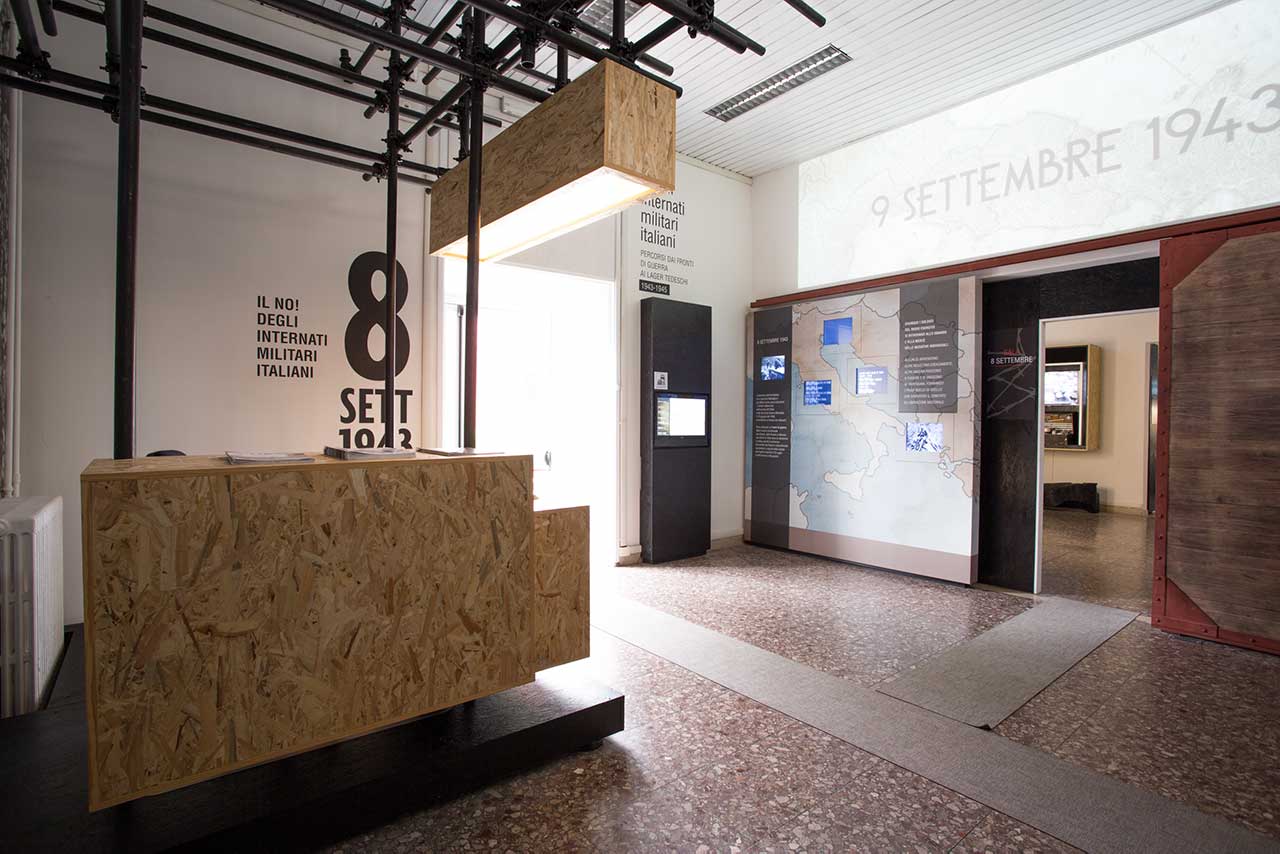